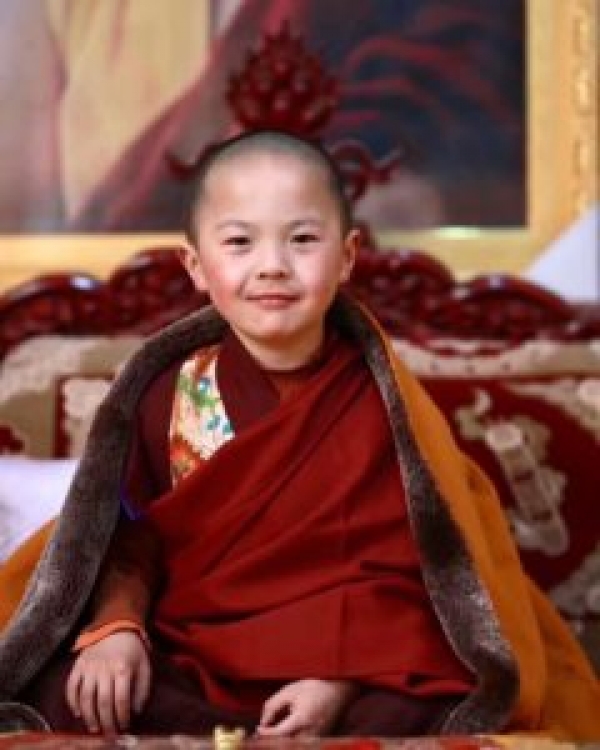 The activities of the previous Drubwang Pema Norbu Rinpoche were boundlessly kind. His activities benefited people spiritually, but also on an ordinary level.

A manifestation of His Holiness’ immense kindness was to swiftly take rebirth in this human realm. Thus, it was a matter of great joy and pleasure when we were able make the announcement informing all the disciples and well-wishers of His Holiness Penor Rinpoche residing around the globe that our beloved root guru had been reborn in Tibet on the 31st of December in 2011. According to His Holiness Jadrel Rinpoche’s prophecy letter, Penor Rinpoche’s Yangsi (reincarnated being), was born near Leten Tramo Drag or Dung Lung Tramo Drag, the sacred place where the Nyingthing Yabshyi (The Four Cycles of Heart Essence Teachings) was revealed. Based upon this prophecy letter, combined with pure visions of Tulku Thubten Palzang Rinpoche, the Yangsi was authentically recognized.

On 31st July 2014, the auspicious day of the Buddha’s First Turning of the Wheel of Dharma, the 4th Day of the Sixth Tibetan month, 2141 Royal Year–the Yangsi was enthroned at Palyul Monastery in Baiyu, Shichuan, China (Kham), given the name “Mingyur Dechen Garwang Zilnon Dorje.” Since then, he has been receiving the tutoring and education befitting his position.