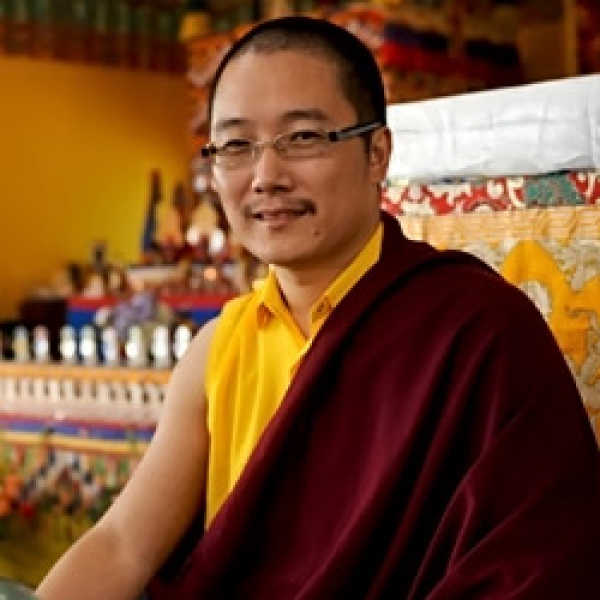 The Twelfth Throne-Holder of Palyul Lineage 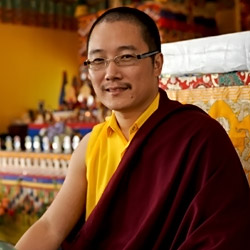 H.H. Karma Kunchen was born on 28th August 1970, in south India. His mother is TsamChod and his father Dorje Namgyal is a descendent of Anag Pon, a religious Lord of Gonjo in Kham province, Tibet. His Holiness Dudjom Rinpoche recognized him as the unmistaken reincarnation of  Karma Thegchog Nyingpo( 4th Karma Kuchen). In the year 1975, His Holiness Padma Norbu Rinpoche invited him to Namdroling Monastery and enthroned him with elaborate celebration. Under the guidance of His Holiness Padma Norbu Rinpoche, he has learnt all the basic religious educations.

H.H. Karma Kunchen Rinpoche enrolled into the Ngagyur Nyingma University and excelled in all the knowledge of the vast and profound Sutra and Tantra teachings of Buddhist pholisophy. He also received numerous empowerments, instructions and transmissions of Nyingma tradition and particularly the Namchoe teaching, along with the Great Prefection, Tumo and Nyendro from great masters such as His Holiness Dilgo Khentse Rinpoche and H.H. Padma Norbu Rinpoche. 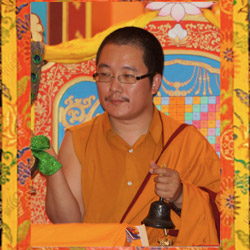 In Bodhgaya, he received the novice vow and full ordination from His Holiness Padma Norbu Rinpoche. Since then he has strictly preserved every aspects of the vows and soon became an authentic holder of the precious precepts. In 1994, as per the recommendation of H.H. Padma Norbu Rinpoche, H.H. Karma Kuchen Rinpoche ariived in the Palyul Namgyal Jangchub Choling Monastery (one of the great mother monasteries of Nyingma Tradition) in Tibet.There he received various common and particular empowerment, instructions, and transmission of Nyingma and Namchoe teaching through Chogtrul Thupten Palzang, Khamtrul Chokyi Nima and so on. In addition, he practiced the distinct recital of Palyul tradition like ritual dances, establishment of mandalas and the mode of performing rituals. On 14 August 2000, he was formally enthroned as the 12th throne-holder of palyul Lineage and became the supreme head of all the mother and branch monasteries of Palyul Traditions.
Since 2003, he has travelled to many countries and brought numerous beings to maturation by bestowing empowerments and instructions. He bestowed the Terzod Empowerment in Gonjo Gyara Monastery, which was attended by thousands of devottees. In addition, he has built many temples, stupas, prayer well, images of deities and other objects of veneration and faith. Taking into consideration the shortage of accommodation for the empowerments and great ceremonies, H.H. Karma Kuchen has established a great four-story temple, which is giant and functional for the community, and sanctified with many objects of mind, speech and the body of the buddhas. On many occasions H.H. Padma Norbu Rinpoche had appreciated his inexhaustible efforts and unrelenting service in upholding the pure lineage of Palyul tradition and dissemination of Buddha Dharma. The reincarnation of H.H. Padma Norbu Rinpoche and H.H. Karma Kuchen Rinpoche had been repeatedly upholding the tradition of Palyul Monastery through administration, guidance, and developments. Even today, H.H. Karma Kuchen Rinpoche is shouldering the responsibility of the entire Mother and Branch monasteries of Palyul Lineage, and present days, he is visiting in the Palyul Dharma Centres across the world benefiting beings and propagating the message of Lord Shakyamuni.